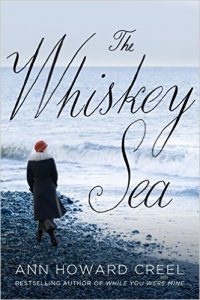 Hello, and welcome to today’s stop on the tour for The Whiskey Sea by Ann Howard Creel! I generally try to choose blog tours that are outside of my usual genres but still sound interesting. I don’t read enough historical fiction on my own, and I enjoy novels set in the 1920s, so this seemed like a promising choice. And it was: it ended up being one of those pleasant surprises that was even better than I expected. Before I tell you why, check out the summary. (Also, don’t forget to scroll down and check out the other tour stops!)

Motherless and destitute, Frieda Hope grows up during Prohibition determined to make a better life for herself and her sister, Bea. The girls are taken in by a kindly fisherman named Silver, and Frieda begins to feel at home whenever she is on the water. When Silver sells his fishing boat to WWI veteran Sam Hicks, thinking Sam would be a fine husband for Frieda, she’s outraged. But Frieda manages to talk Sam into teaching her to repair boat engines instead, so she has a trade of her own and won’t have to marry.

Frieda quickly discovers that a mechanic’s wages won’t support Bea and Silver, so she joins a team of rumrunners, speeding into dangerous waters to transport illegal liquor. Frieda becomes swept up in the lucrative, risky work—and swept off her feet by a handsome Ivy Leaguer who’s in it just for fun.

As danger mounts and her own feelings threaten to drown her, can Frieda find her way back to solid ground—and to a love that will sustain her?

For starters, I really enjoyed hearing the thoughts inside Frieda’s head. They were remarkably human and honest. She was so self-aware and yet so unable to escape from the snares in which she found herself, both romantic and legal. She frustrated me at times, but I know I’ve been guilty of similar behavior, and it was one of the things that drew me to her the most. I especially admired the way that she picked herself up, time and again, and carried on.

The setting, both time and location, is alternately glamorous and seedy, and it is wonderful. I enjoyed getting to visit a poor seaside town and see how a lucrative opportunity for illegal work could change its residents. I also enjoyed catching a glimpse into smoky, music-filled New York speakeasies.

The scenes on the rumrunning boat made me much more nervous than I anticipated. My heart was in my throat on multiple occasions as I wondered whether Frieda would manage to make it out of yet another threatening situation. It’s a testament to the author’s skill that she managed to make this book of historical fiction set in a sleepy seaside town feel tempestuous, nostalgic, hopeless, furious, and suspenseful.

I would have liked to see a bit more of Bea and Frieda as they grew into their adult lives together. Most of Frieda’s scenes were with men, and I enjoyed watching her attempt to have a female friendship with her sister; I would’ve liked to see them adjust into a more mature relationship with one another.

Mostly, what I enjoyed about this book was the characters. They were all so different, none of them perfect, and I appreciated my time observing each of them. A minor favorite was Rudy, a wonderful undercurrent of strength, but I also loved the relationship between Frieda and Silver, the quiet understanding that they held as father and daughter.

All in all: Works on lots of levels. I expected to enjoy this, but I was surprised by just how much I did. 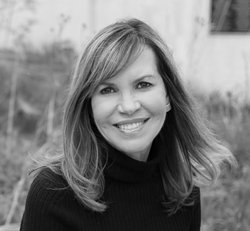 Ann Howard Creel was born in Austin, Texas, and worked as a registered nurse before becoming a full-time writer. She is the author of numerous children’s and young adult books as well as fiction for adults. Her children’s books have won several awards, and her novel The Magic of Ordinary Days was made into a Hallmark Hall of Fame movie for CBS. Creel currently lives and writes in Chicago. For more information about Ann’s work, visit her website, annhowardcreel.com.