Hello, and welcome to today’s stop on the blog tour for Last in a Long Line of Rebels!

I love middle grade: kids are on the cusp of adolescence, and there are so many stories that can be told about this time in their lives. Also, it makes me a little nostalgic, because this is the age when my memories of reading independently get stronger. I mean, I learned to read (really read) in preschool (fun fact: in my kindergarten admission interview, the administrator swore I couldn’t really read and had just memorized my favorite books; my mom grabbed a magazine from the office to prove her wrong). But I don’t remember my preschool or early elementary years as much as I remember things from third grade on. And I remember having my nose in a book all the time. The Boxcar Children, Alice in Wonderland, The Phantom Tollbooth, The Chronicles of Narnia…I don’t just remember the titles; I actually remember reading them. And reading a book I would have loved at that age warms my heart and makes me eager to pass it along to my sons one day. They’re one and three, and I want them to age as slowly as possible, but sharing books with them will make it bearable, I hope. (Today my son said, “Mommy, when I get bigger, I’m going to read Harry Potter, just like you” and I teared up a little.)

What I’m getting to (longwindedly, I admit) is that this is one of those books. Here’s the synopsis:

Debut novelist Lisa Lewis Tyre vibrantly brings a small town and its outspoken characters to life, as she explores race and other community issues from both the Civil War and the present day.

Lou might be only twelve, but she’s never been one to take things sitting down. So when her Civil War-era house is about to be condemned, she’s determined to save it—either by getting it deemed a historic landmark or by finding the stash of gold rumored to be hidden nearby during the war. As Lou digs into the past, her eyes are opened when she finds that her ancestors ran the gamut of slave owners, renegades, thieves and abolitionists. Meanwhile, some incidents in her town show her that many Civil War era prejudices still survive and that the past can keep repeating itself if we let it. Digging into her past shows Lou that it’s never too late to fight injustice, and she starts to see the real value of understanding and exploring her roots.

There are so many things to love about this book that I’m not sure where to start. The format is smart: each chapter opens with an excerpt from the diary of one of Lou’s Civil-War-era ancestors. The material is vague enough to avoid giving away the plot too soon, but these entries do provide small clues and insight into the events that Lou is researching.

The cast is great as well: Lou is a member of a stable family on the cusp of change (her mother is due any day with a new baby), her grandmother is as vivacious (and flirtatious) as they come, and she has some truly excellent friends. I like that Lou’s friends are varied in their interests and personalities; although Lou isn’t a girly girl, her cousin Patty is, and this doesn’t affect their friendship in any way. Benzer (an Italian from the northeast) and Franklin (a wealthy, brainy type) round out their group, and the four of them embrace their differences instead of arguing about them. In fact, their various upbringings and skills lend themselves marvelously to their research endeavors as each kid brings his or her strengths to the table.

In other aspects of the book, diversity isn’t quite so celebrated: a local African-American athlete is overlooked for a prestigious scholarship even though he’s clearly the most qualified recipient, and Lou’s beloved grandmother often speaks condescendingly of “Yankees,” hurting Benzer’s feelings along the way. I appreciated that Lou’s world wasn’t all sunshine and perfection; her story shows that things work well when acceptance reigns, but it also shows that life isn’t always fair and that prejudice is (sadly) still a part of our world.

The themes of racial and geographical prejudice are joined by a smattering of Civil War history, mystery, and religion. There’s so much in here that I’d be thrilled for my kids to read about, and it’s paced so well that it doesn’t feel scattered or like too much material is included.

Also, the book takes place in 1999, so there’s limited technology. Franklin uses the Internet for research, but most of the kids’ snooping for facts takes place at the library, in the stacks. They spend their time outside, running around, not texting one another. Even though I value the benefits of technology, I don’t want my kids to read about characters primarily watching movies or messaging; I want them to read books about people doing things.

All in all: A smart, entertaining book with lots of heart. It shows the world as it is while remaining hopeful for further progress, and I look forward to the day I can pass it down to my son (he’s turning four soon, so I’ll add it to the ever-growing stack of middle grade books I can’t wait for him to read). 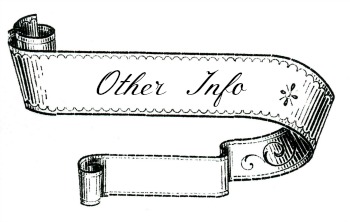 About Lisa Lewis Tyre, the author: I grew up in a small town in Tennessee surrounded by my crazy family and neighbors. I learned early on that not every child had a pet skunk, a dad that ran a bar in the front yard, or a neighbor that was so large his house had to be torn down to get him out. What else could I do but write?

I’ve wanted to write for as long as I can remember. I think this is because I come from a long line of storytellers. I loved listening to my dad tell me about the escapades of his youth, like how he “accidentally” pushed his brother out of a two-story window, and “accidentally” shot his aunt’s chicken with a bow and arrow. Apparently he was accident-prone.
One of the stories they told me involved the name of our piece of the country. I lived in a tiny spot that the locals called Zollicoffer. When I asked why it had such a strange name, they said it was named after General Felix Zollicoffer who had camped nearby during the Civil War. One day I happened to ask my mom where exactly the camp had been. That’s when she pointed down the road and said, “Probably over there. That’s where some kids in the 50’s found GOLD.” And just like that, LAST IN A LONG LINE OF REBELS was born.

One thought on “Blog Tour: Last in a Long Line of Rebels by Lisa Lewis Tyre”